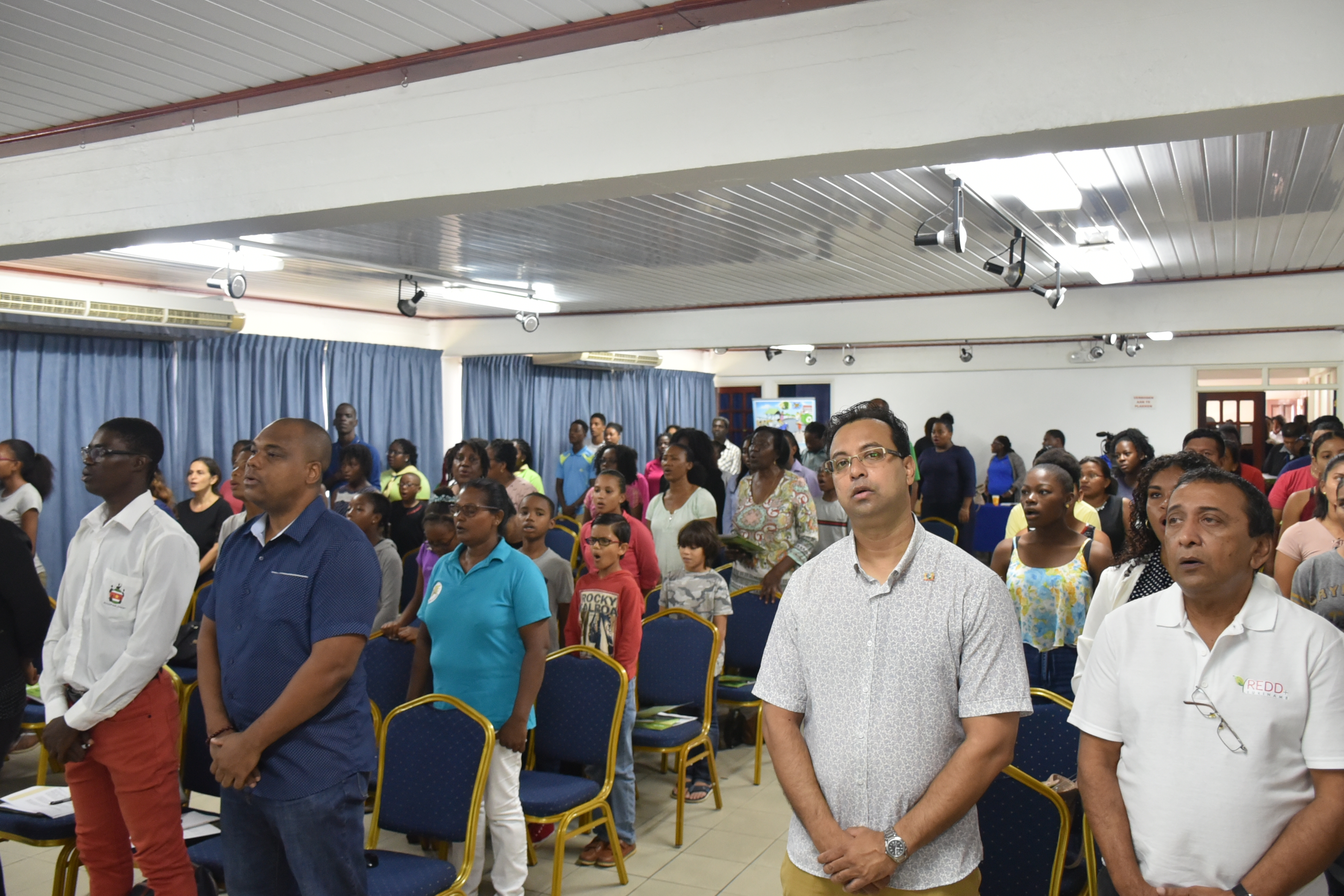 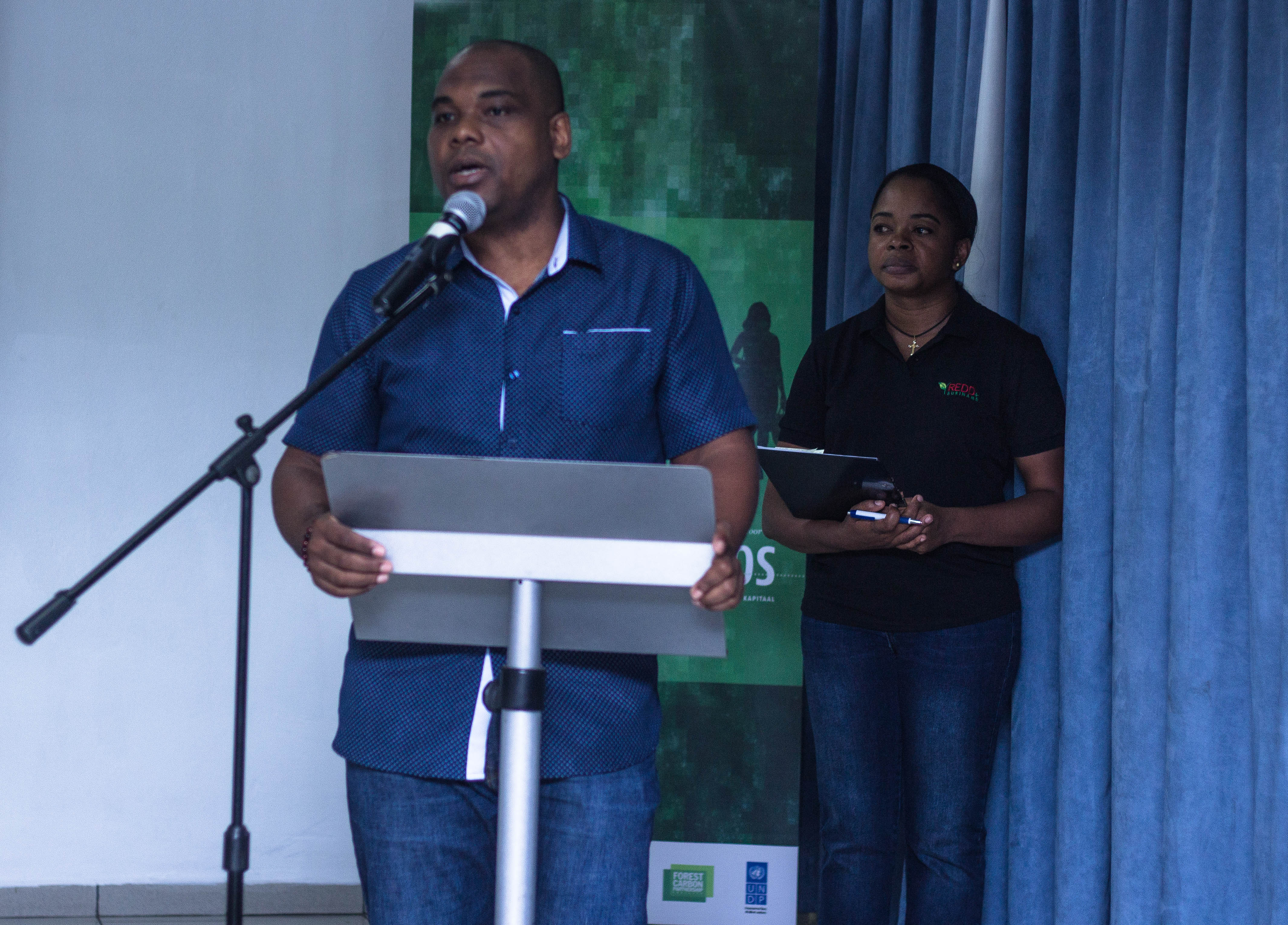 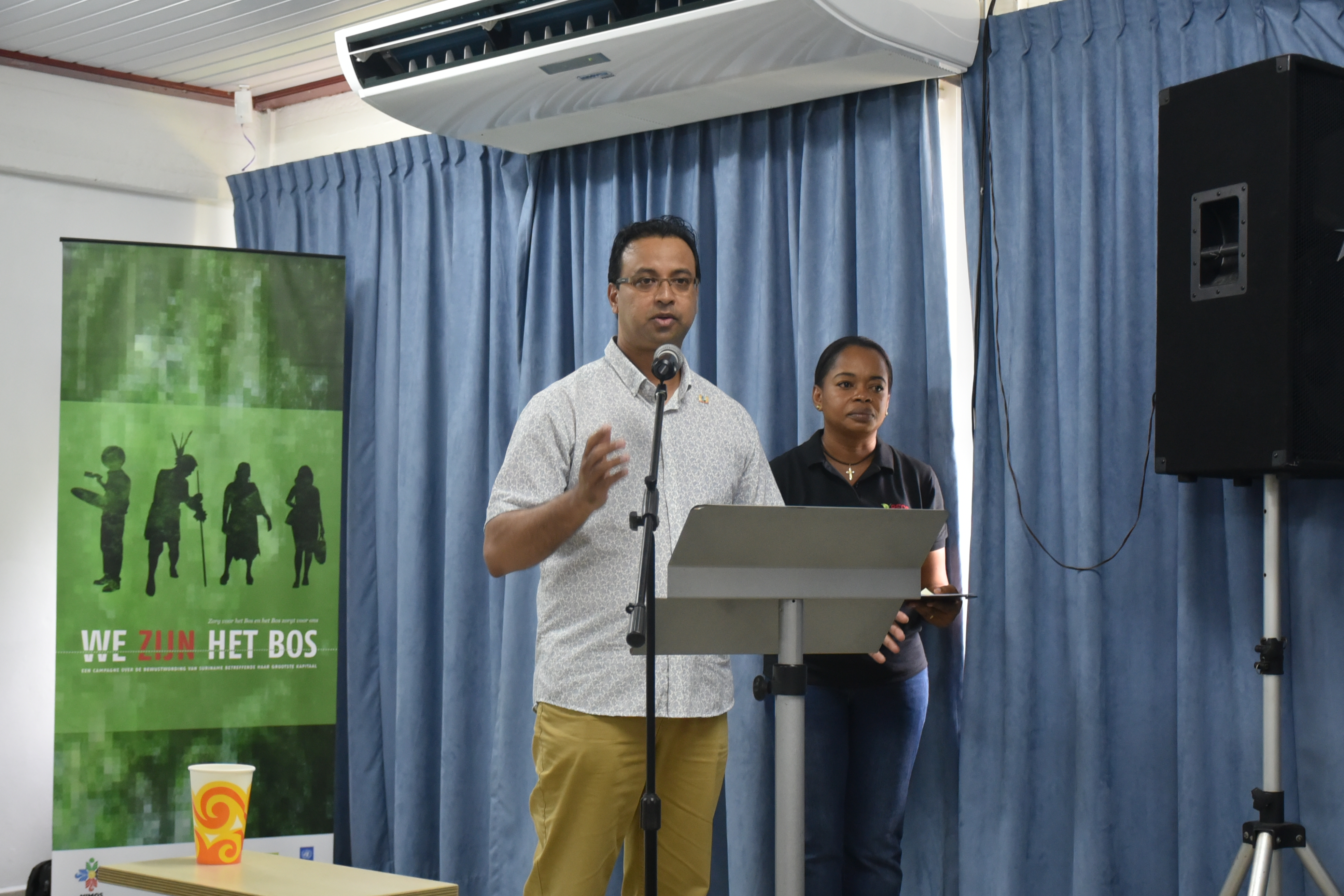 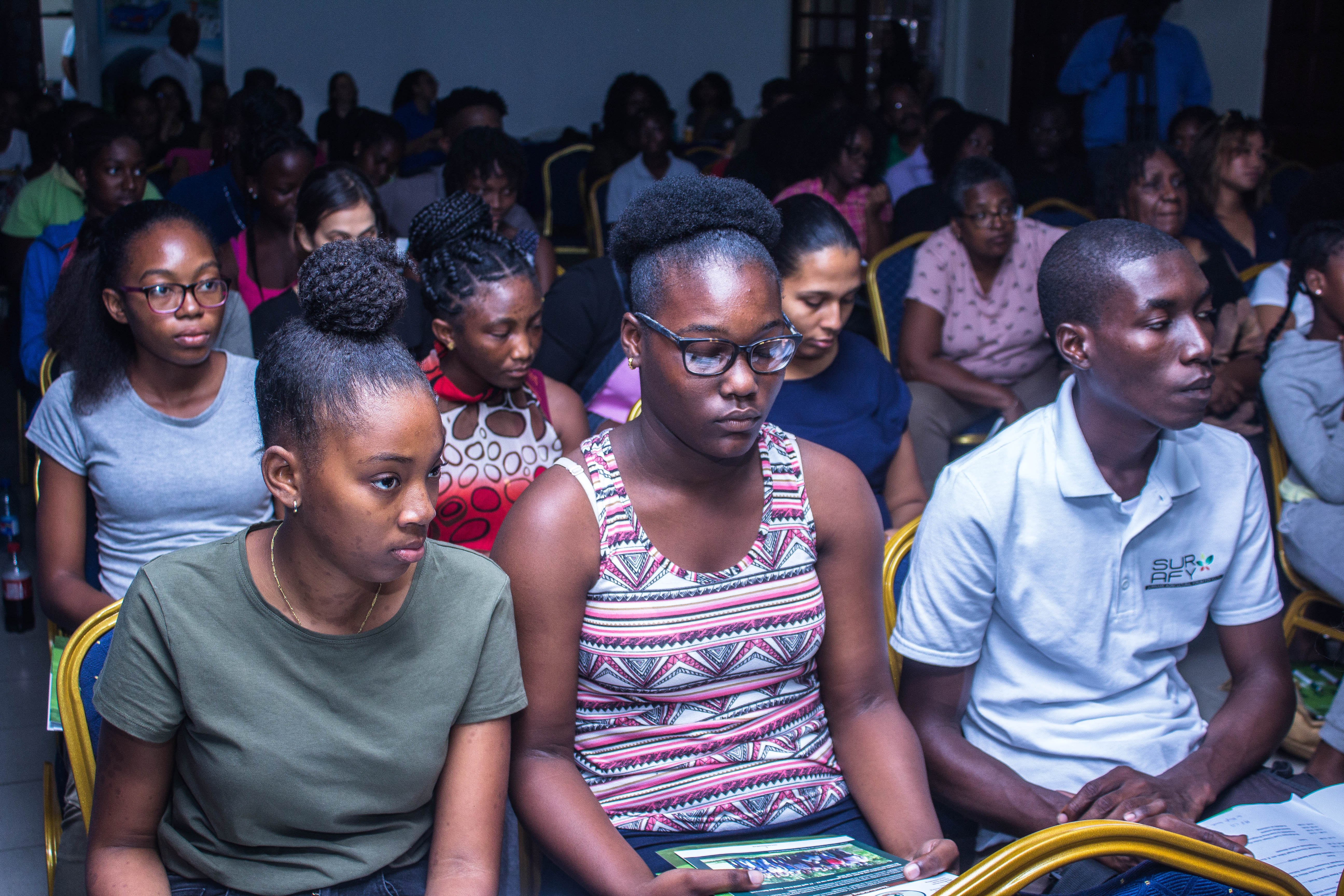 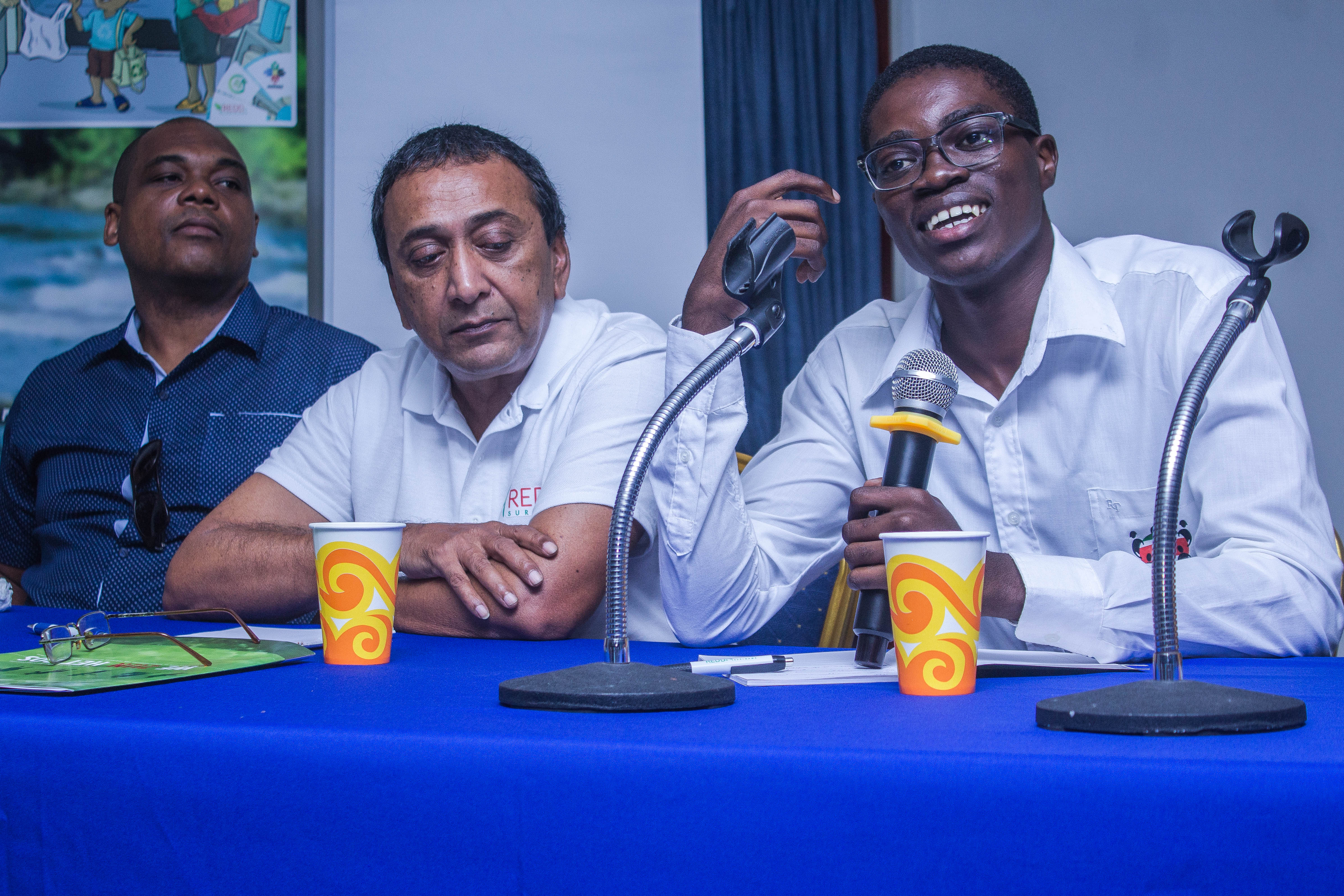 In the context of the International Day of Climate Action on 24 October, the REDD + Project organized a Youth Climate Seminar on Saturday 20 October 2018 with the theme "Youth Action for Climate Action".

The seminar aimed to raise the awareness and involvement of young people around the global phenomenon of climate change.

In a well-occupied meeting room in the Lalla Rookh building several speeches were held on the theme "youth and climate change".

The opening of the seminar was done by the Acting General Director, Mr. C. Nelom from the National Institute for Environment and Development in Suriname.

He referred to the participation of Surinamese youth in a conference in Jamaica about climate change and what they presented there, as a reason for this youth climate seminar. He indicated that this seminar starts in Paramaribo, but has a rural character and will therefore also be held in the districts. He stressed the importance of youth involvement in climate change.

Ambassador Ramlakhan of the President's Office / Coordination Environment spoke about:

- Government policy on climate change and the REDD + program;

- the task of Coordination Environment ensuring that environmental policy is formulated;

- the NIMOS as implementing arm of the Environmental Coordination;

- the commitment that Suriname has made at COP23 to maintain our 93% forest cover and the international technical and financial support required; and

- Suriname as one of the 10 countries with lots of forest and little deforestation and that Suriname will organize an international climate financing conference in February 2019.

Mr. Kelvin Koniki, President of the National Youth Parliament (NJP) spoke about the important role that young people have in the discussions on climate change. He gave his own experiences as a member of various youth organizations and emphasized that by participating in youth organizations young people can make an effective contribution to social issues, such as climate change. He encouraged young people to take an active part in the seminar as well as other activities relating to climate, nature and sustainable development.

Mr. Riad Nurmohammed, a member of the DNA, spoke to those present from his position of a lecturer at the University. He indicated that the temperature rise and increasing rainfall are important indicators for weather change. He discussed the impact of climate change on various sectors such as agriculture (food supply), drinking water supply, health care, livestock farming and fisheries, as well as the effects on biodiversity and infrastructure.

Ms. Jennifer Lont, Senior Policy Officer of the Ministry of Sports and Youth Affairs, spoke briefly about the objectives of the Ministry and the activities they carry out for young people, in cooperation with youth organizations and neighborhood organizations. Furthermore, she went into the "Prisiri Leri project", which deals with various themes such as environment and sexual reproductivity. She indicated that the Ministry intends to resume the youth platform with which they started in 2015 and further emphasized the importance of youth participation.

After the various speeches there was opportunity for questions and discussion. The young people clearly showed interest in, in particular, the climate and environment policy.

The young people divided into working groups to determine which of them were the most important actions needed to increase the awareness and involvement of young people. 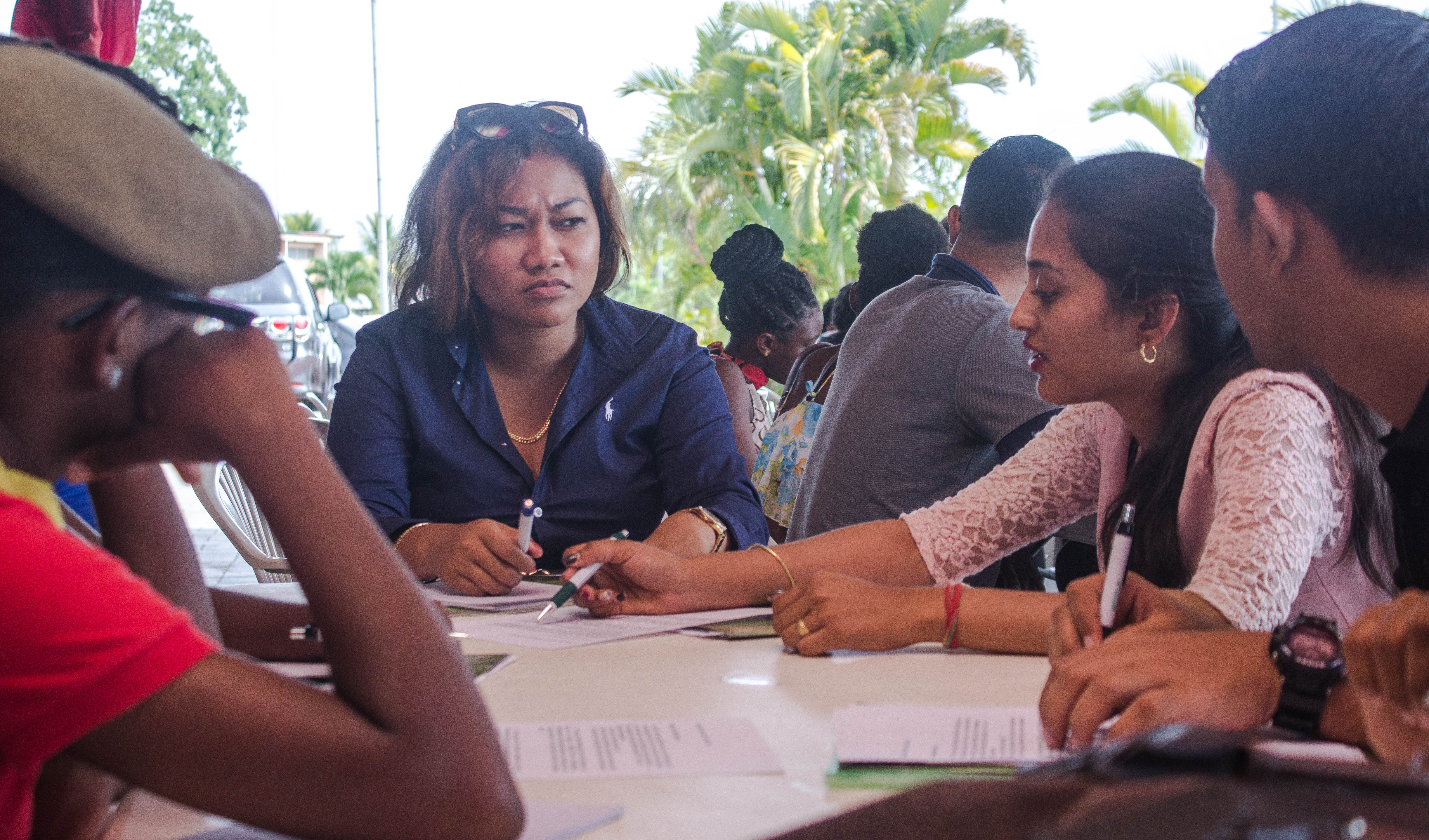 The following recommendations emerged from the working groups:

The whole was enlivened by performances by 2 young Surinamese artists.

Rosito Pansa presented a Ghost Word, in which he explained the link between climate change and human actions. His performance was a clear call to omit destructive action.

Finally, the Project Coordinator of the REDD + Program, Sandra Bihari, thanked all the young people present for their contribution and the willingness to provide concrete action points on how to make Surinamese youth more aware of climate change. She indicated that the relevant recommendations will be incorporated into the REDD + Communication Strategy 2019.

We can look back on a successful youth climate seminar, in which the young people themselves have provided clear guidelines, in order to increase their awareness and involvement in the theme of climate change. 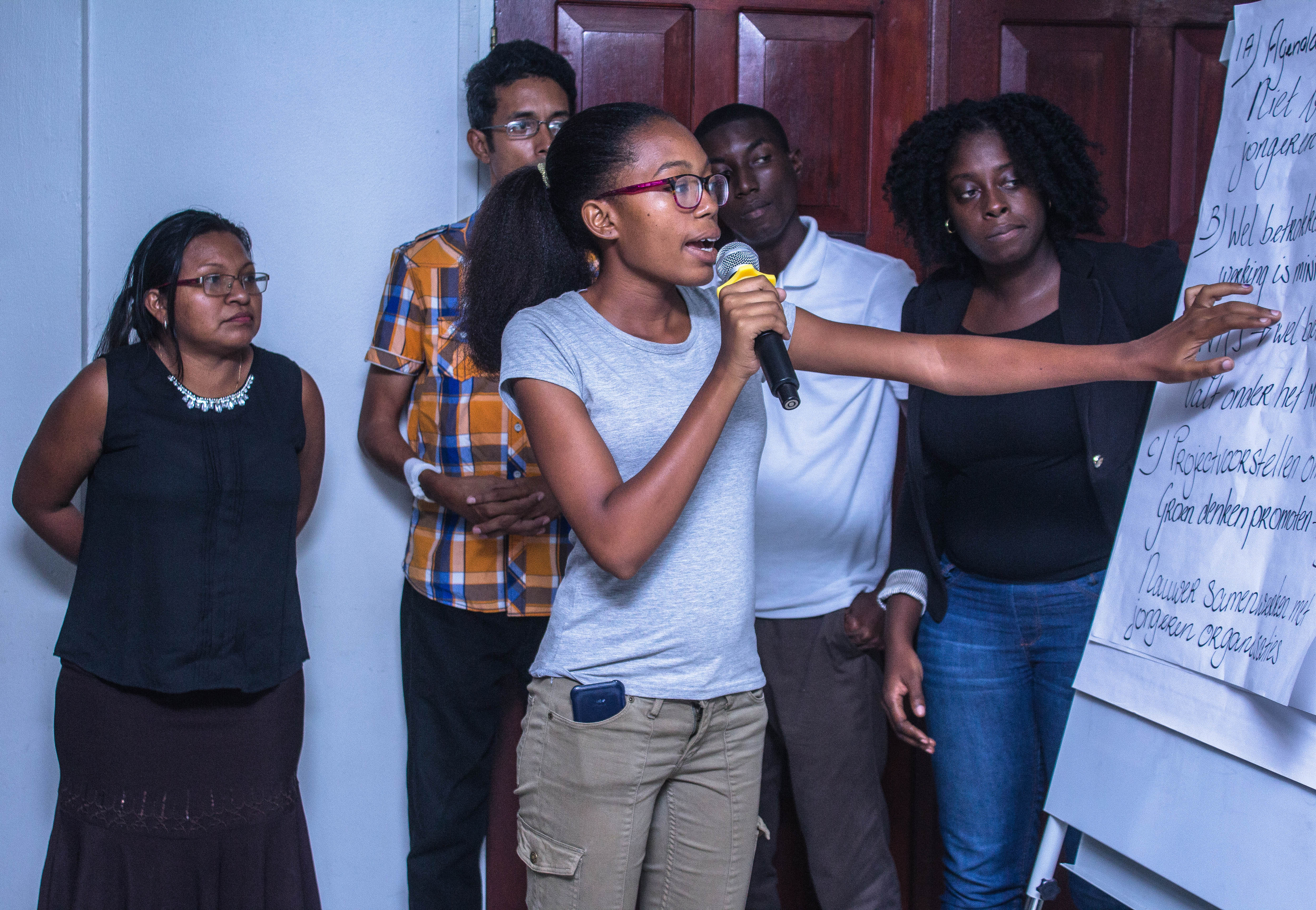 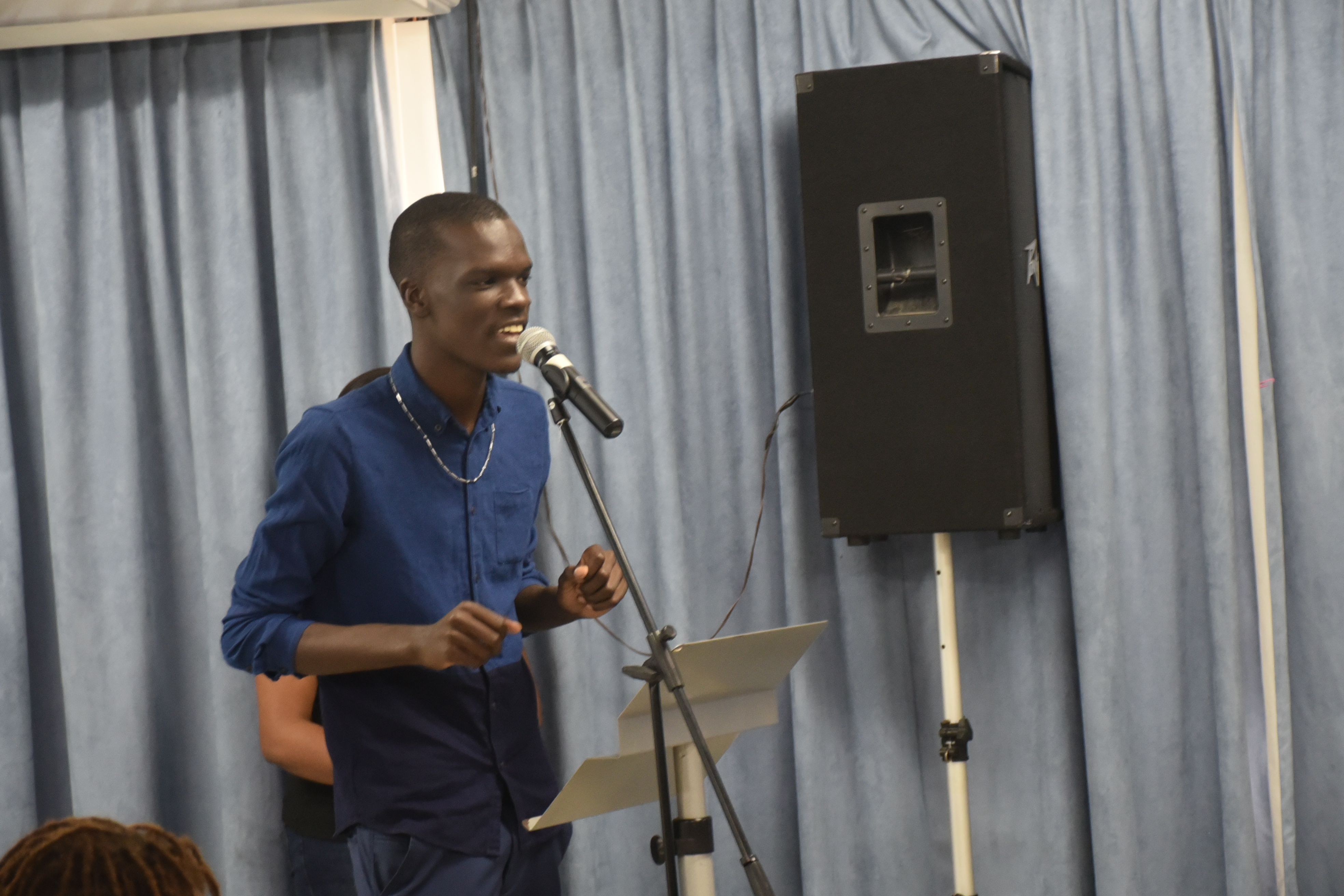 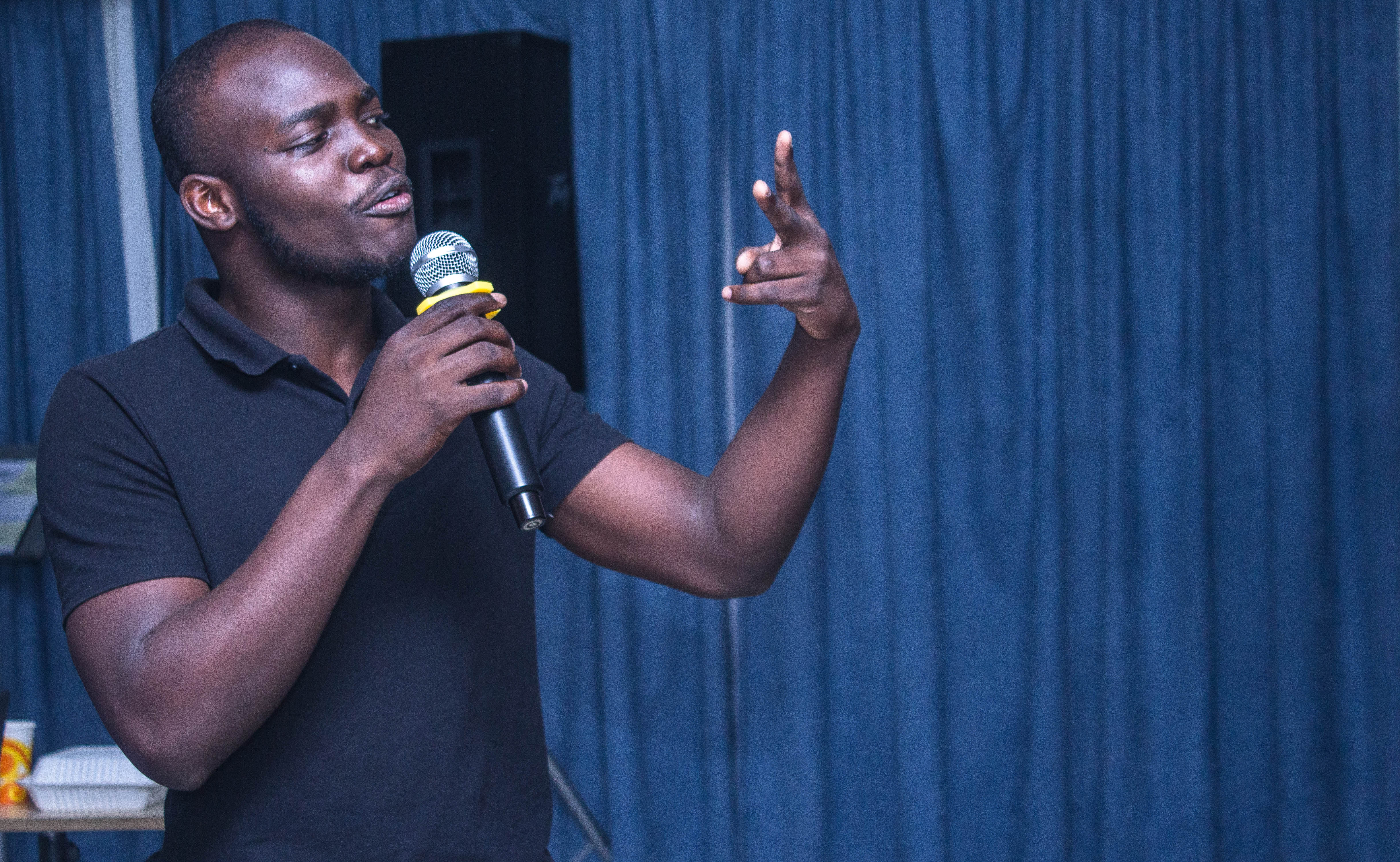